The 5 museums in Prague that you should not miss

The 5 museums in Prague that you should not miss

I have been living in this beautiful city for more than a year. It was its cobbled streets, its medieval charm interspersed with its modern art, its bohemian life, its authenticity and yes, its museums were also what made me stay.

When I am leading a group there is always someone who tells me to recommend a museum to see in Prague. The answer I give does not leave anyone indifferent. Here there are museums for all tastes, for example very close to the Old Town Square, you can find the Museum of Torture, yes, you have read that correctly, of torture and what will surprise you even more to a street from the Clock Astronomical, the Museum of Sex Machines, this is probably the most curious, since thousands of people pass by every day and do not even realize what it is despite the striking poster.

As you can see, there are colours to satisfy everyone and here we are going to recommend 5 museums in Prague that you should not miss when you visit the city of 100 towers. 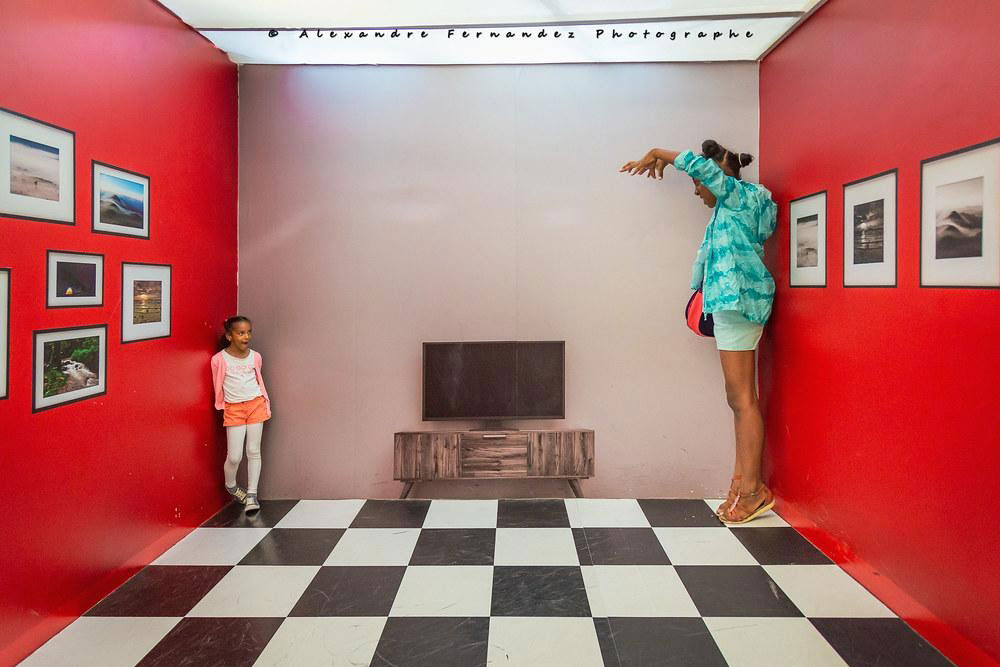 This Museum of the Senses is ideal if you are travelling as a family or if you still have a child inside you. In it, you will find numerous rooms with all kinds of experiences.
This museum is not very big so the visit will take you an hour, so if we recommend that you bring comfortable clothes, a camera and really want to have a great time. You will have some incredible images that you can show off on your return home. The entrance is about 12 euros. It is located on one of the streets perpendicular to Wenceslas Square: Jindrisska 939/20.

With the next museum, we got out of the child’s orbit a bit. I am going to recommend a museum that surprised me the most because of its history, the building that houses it and the courage of its characters.

2. National Monument of the Heroes of the Heydrich Attack 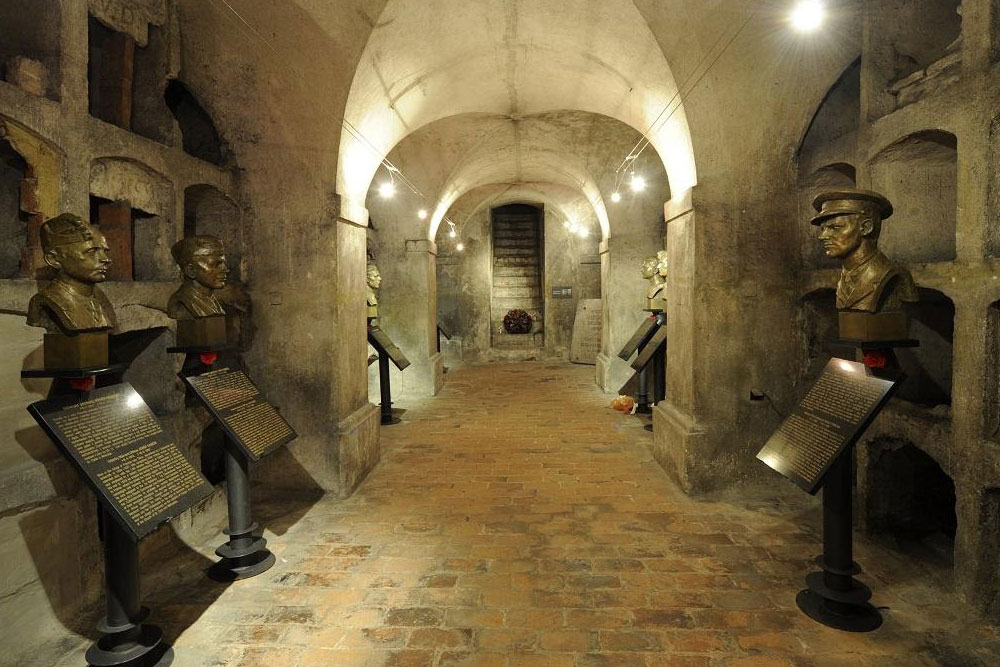 We will start by telling a little about this story.

We settled in the city of Prague in 1942. Reinhard Heydrich (better known as the Prague butcher), was already established as Protector of Bohemia and Moravia (territorial division that the Nazis gave to the current Czech Republic).

An attack on him was being prepared from Great Britain, I imagine you are wondering why Reinhard Heydrich could be the one chosen for this attack. This was because he was number 2 in the SS behind Himmler and probably Hitler’s stand-in should Hitler pass away or step aside.

Heydrich was a very tough, cold, heartless guy (he was one of the thinking heads of the final solution) and he was also very confident (this piece of his personality is key).
After months of training, two Czechoslovakians landed in Bohemian lands from England. Churchill had a plan and he was going to execute it.

During a certain time the intelligent part of the plan, as well as the executing part, were carefully observing the steps of Heydrich to see what was the best moment to commit the attack against him. They realized that he always travelled in a Mercedes convertible, so they came to the conclusion that they should choose a place with few people and that the car slows down or slow down drastically.

On the morning of May 27, 1942, Heydrich was heading to the airport for a formal trip. At a bend in the Liben neighbourhood (Prague 9), the car slowed down and the two Czechoslovakians were standing there, plus another who was watching. They tried to shoot with a firearm, but the weapon was jammed, so they had a plan B, a hand grenade that with the nerves of the moment they did not shoot in the most appropriate way. The driver was killed on the spot, but Heydrich managed to get out of the vehicle, making valid the saying weed never dies.

Heydrich was not seriously injured, but it is true that to avoid complications the wounds suffered had to be operated on as soon as possible. He refused to allow a Czech doctor to treat him and a German doctor had to come, this caused the wounds to become infected and he died within a few days.

The boys who committed the attack were in hiding and the Nazi leaders ordered the execution of anyone suspected of participating in the attack.

Such was the point of the Nazis to get to where the autore was that a town called Lidice, where they suspected that one of the militiamen had hidden, razed him, killing the entire population, set it on fire and swept its ashes so that it would not there be nothing left.

There were 8 militiamen who were behind the coup and 7 of them took refuge in the Church of San Cirilo and San Metodio. The missing Karel Curda knew the location of the rest. Out of fear that the Nazis would locate and torture him, he went to the GESTAPO headquarters and confessed.

The Nazis found out about the location and with hundreds of men they planted themselves in the church. The militiamen were in the crypt hidden and in which the Nazis even put a hose to fill it with water and make them leave. The aim of the Nazis was to capture the militiamen alive.
The 7 who were inside the church endured as much as they could sharing, but they all died. Some of them starved and tired and others reserved their last bullet to die before being captured.

As you will understand, they are heroes for the Czechs. Upon entering the crypt you will see a first room in which you will see images explaining from the entry of the Nazis into the current Czech territory to the procedure of all this fact. There you will also find royal clothing, weapons and documents from both sides. You will continue through another room that pays tribute to the 7 militiamen and in which you will be able to recreate that historical moment in your mind.
The entrance is free.

It is located on the opposite sidewalk a few meters from the Dancing House: Resslova 9a.
We recommend that you be aware of the schedules because the crypt of this church usually closes at the latest at 6 pm. 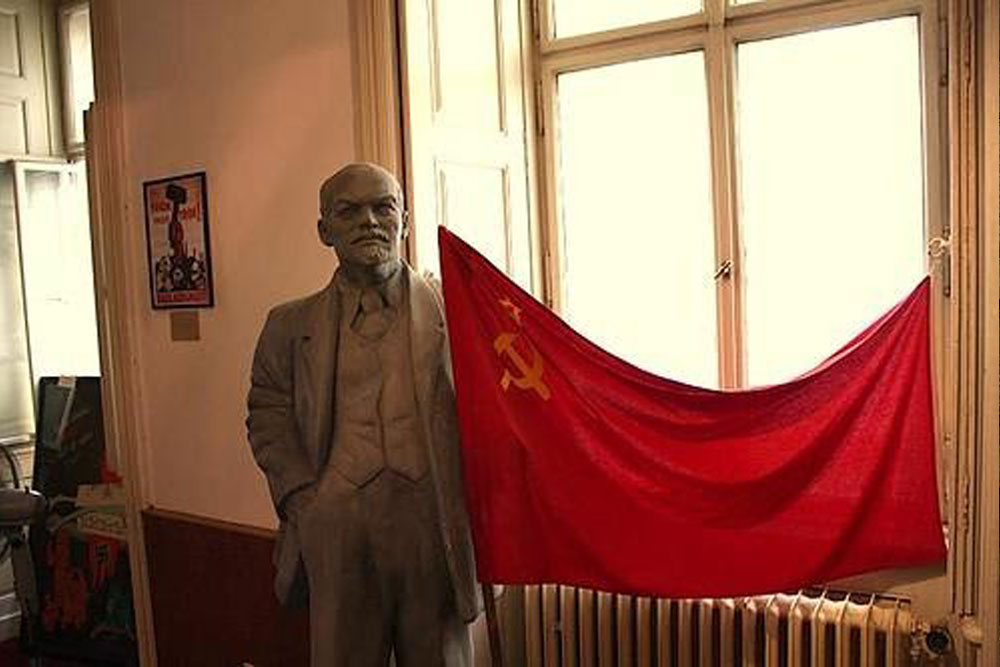 If what you are passionate about is history, the previous museum and this should be a must on your route to Prague.

Communism was present in Prague for 41 years. From 1948 to 1989. The Museum of Communism has several rooms in which you will see material, busts and statues removed from Czechoslovakia. You will find explanations in different rooms about important events such as all the events that occurred in 1968 in Czechoslovakia. There are 3 specific rooms that recreate daily activities at the time of the dictatorship. A room that recreates a typical class with the usual clothes of the students in school, a store with products of the time and an interrogation room used by the secret police of the regime.

It is located very close to Republic Square: V Celnici 1031/4. 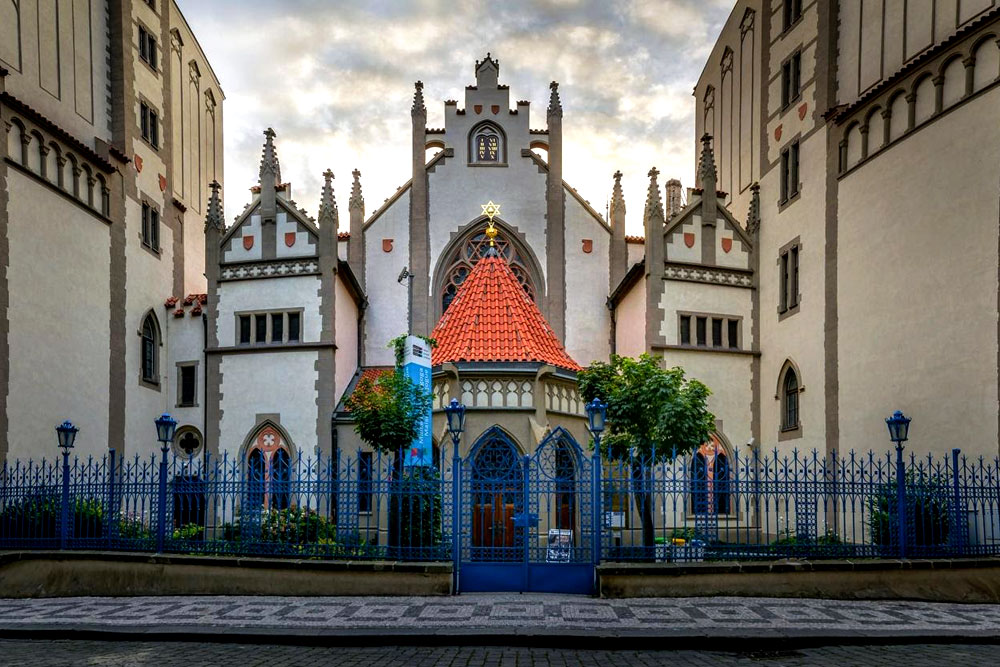 The ticket must be purchased at U Stare Skoly 1
With the ticket you can enjoy and enter:

To complete this tour of synagogues we recommend the entrance to the Old-New Synagogue (Cervena). The entrance is 180 CZK, that is, about 7 euros, but it is the synagogue with the most history in Europe. The price to enjoy the rest of the synagogues and the Old Jewish Cemetery is 350 CZK (14 euros). 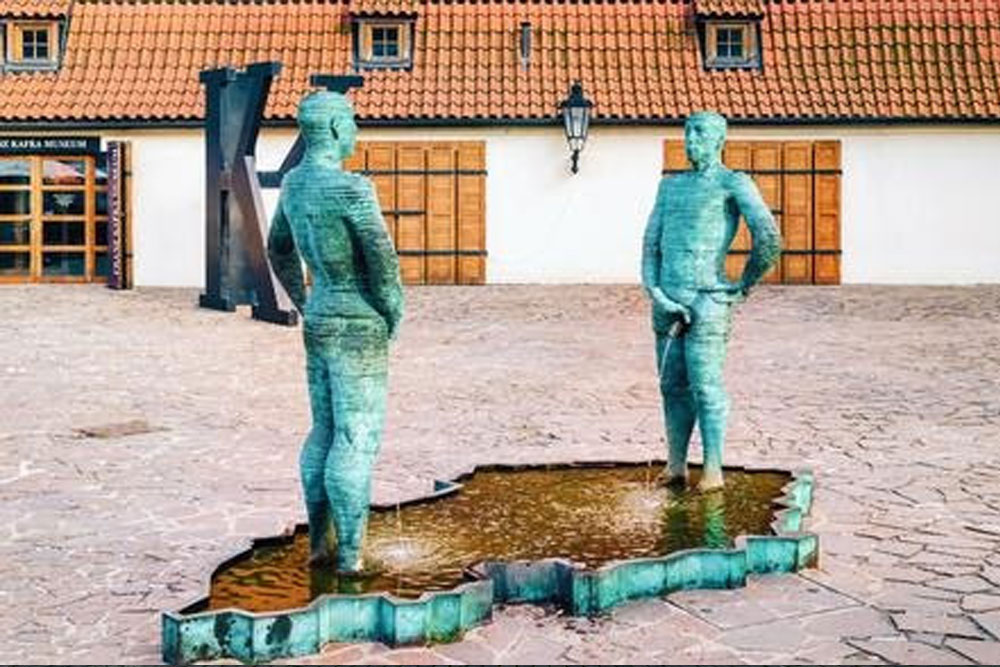 To better understand the city of Prague and its bohemian character, it is essential to meet Franz Kafka. Kafka was born in Prague on July 3, 1883. He Of Jewish origin, he resides in various places during his life in the Czech capital. After the death of Kafka in 1924 and subsequent publication of his works against his will, the figure of Kafka acquired great importance and the people of Prague debated whether they felt Kafka was their own or not.

The reason is that Kafka despite having been born and lived much of his life in Prague, his works were written in German. He knew Czech and spoke it, but he was more influenced by the German language since his father came from a town near the border with Germany and his mother came from a bourgeois Judeo-German family. Which will give you an idea that Czech nationalists don’t like this very much.

In the museum, you will be able to see part of his objects, as well as learn many things about his life. The museum is located in the majestic Mala Strana neighbourhood: Cihelna 635. The entrance fee is 200 CZK, which is equivalent to 8 euros.

Prague is an open-air museum where you will find all kinds of sculptures, architecture and culture in general. This magical city together with these museums that I recommend you visit, I am sure they will leave you speechless. However, I leave you a list of a few more existing museums that have their importance.

After these recommendations, continue to surprise yourself with all kinds of museums as we said at the beginning. The Lego Museum, Karel Zeman Museum, Apple Museum, Grevin Museum (wax museum of legends), National Technical Museum, Alchemy Museum, Illusion Art Museum are just a few.

Here ends our list of 5 museums in Prague that you cannot miss. We hope it has been useful in your visit to the city or to program your next destination. Also, we want to know your opinion. In case you have visited these museums or if you consider that other museums should appear on this list, write us in the comments!