5 most emotional museums in Warsaw from World War II

A city with a difficult history

What attracts tourists to Warsaw? Obviously there are several reasons. However, due to the historical heritage, many travelers want to take advantage of their stay in the city to learn more about World War II, the Nazi occupation and Soviet oppression.

If you are one of these people, we would like to present our list of the 5 most emotional war-related museums in Warsaw. But beware! These visits are not for everyone!

On the other hand, if you are looking for a relaxed and pleasant experience, without going into this matter in depth, we invite you to our free tour in Spanish through the historic center of Warsaw. Having said that, let’s get started. Are you ready to discover the darkest sides of humanity?

1) Mausoleum of Fight and Martyrdom 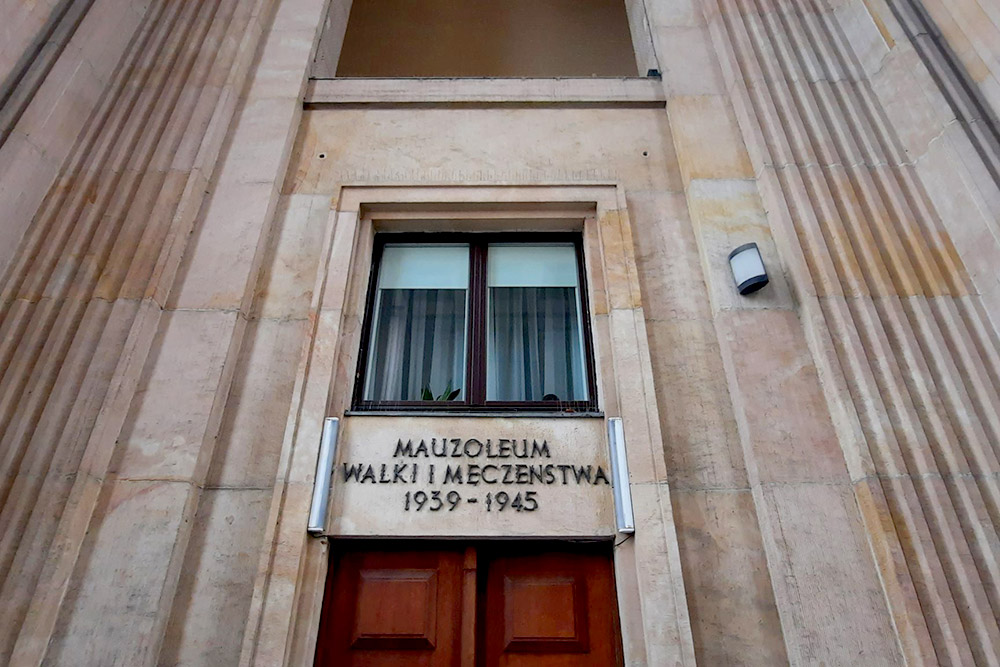 We recommend you first visit the Mausoleum of La Lucha y Martirio. Among Poles this place represents one of the bitterest symbols of German brutality and terror during the war. When the Polish occupation began, the entire neighborhood of Szucha Avenue became a neighborhood for security forces. Several police forces were installed in the adjacent buildings:

The mausoleum is located in the building of the current Ministry of Education. It is there that the headquarters of the infamous Secret State Police – Gestapo were based. Its officials were responsible for surveillance, infiltration and counter espionage among the Polish people.

What you can visit are the old cellars – the places most feared and hated by the people of Warsaw during the occupation. We recommend that you start your visit with a short video (available in English) that will give you the necessary introduction to the operation of this obscure site. Afterwards you can enter the reconstructed collective cells called “trams” (because of the distribution of benches) as well as the 10 individual cells.

It is not necessary to name all the torture techniques used by the Gestapo executioners. worth mentioning

The worst of all were the torture of loved ones in front of the people being interrogated. You can imagine the degree of suffering when someone would harm your family in front of your eyes…

What struck us most were the words carved into the wall of one of the cells:

It is easy to talk about Poland,

it is more difficult to work for her,

it is even more difficult to die,

And the hardest thing is to suffer for her!

The Mausoleum is open from Wednesday to Sunday. Admission is 10 PLN, Thursdays are free. 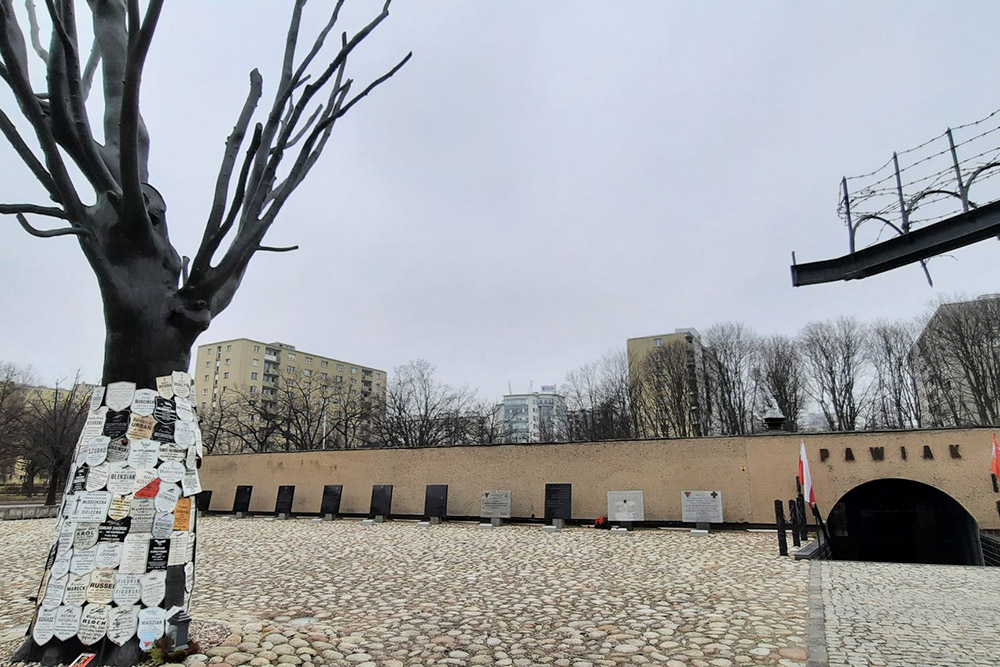 This site is closely linked to the first. In the mornings all the prisoners who were going to be interrogated for hours in the Gestapo cells came from the Pawiak prison. Then, after the day full of torture and pain, they would return to the same place.

The original building, built-in 1835 in the tsarist era, has not survived to our times. The Germans, when withdrawing from this part of the city, placed explosives in the entire enclosure. In this way they destroyed the maps of the detainees. They erased the exact evidence of their terror.

The prison in detail

What can be visited are the partially reconstructed cellars. In the exhibition, you will see cells where thousands of people were detained, whose only fault was that of being Poles. Passers-by captured during raids, women with advanced pregnancies or entire families. All piled up in overcrowded cells with little food and constant harassment by Nazi guards.

In the large room to the left, you can see the personal belongings, small objects made of wood or bread, which helped to survive in the worst moments. At the entrance to the museum, you will find a commemorative tree along with the only fragment of the old door. After the war, the people of Warsaw began to pay tribute to their loved ones. They began to put plaques on the trunk of the tree with the names of their murdered relatives.

Do you wonder why there? The tree was the only survivor who witnessed the atrocities caused to the victims. Today it is a bronze reconstruction. How many people went through this earthly hell? It is estimated that between the years 1939-1944 there were approximately 100 thousand prisoners. Among them, 37,000 were shot in executions, while some 60,000 were sent to concentration camps…

The Museum is open from Wednesday to Sunday. Admission is 10 PLN, Thursdays are free. 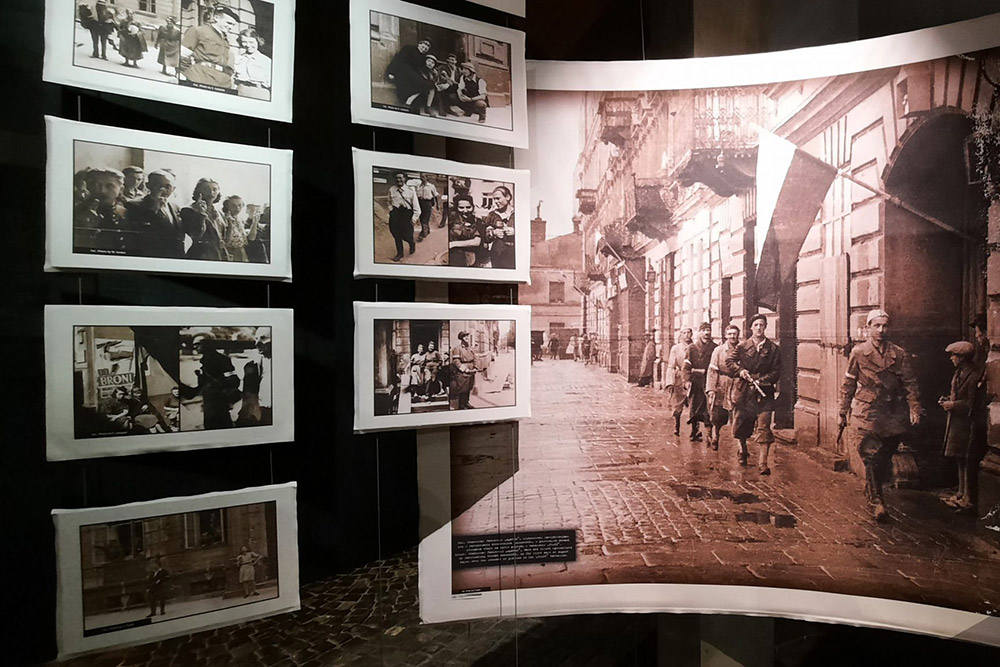 However. Number three is definitely the most moving museum on our list. Located in an old power plant for public transportation streetcars, it will take you back in time to this memorable summer of 1944. Knowing about the suffering and oppression during the German occupation, you will better understand why this tragic insurgency broke out.

The Warsaw Uprising was the largest civil rebellion against Nazi Germany in World War II. Despite a huge effort, it was a failure. Thousands of dead and more than 90% of historic architecture were destroyed. The metropolis, with 1.3 million inhabitants before the war, was almost completely depopulated, transforming itself into an immense sea of ​​rubble.

Going through several rooms you will see many original artefacts and displays presenting the stories of the survivors. A copy of the American Liberator B-24J plane stands out (in 1:1 scale). These models were intended to drop supplies for the insurgent troops. There are no words to describe the other exhibits. You will find photos of the massacres of civilians, armed children and adolescents or so-called Robinsons. The survivors were among them Wladysław Szpilman – the protagonist of the famous movie Pianista (see our list of the best Polish films about the 2nd World War).

What is most impressive is a video that shows “the desert of the ruins” for several minutes. It comes from an original recording of an area taken over by the allies after the war. It is a story of heroism, resistance, destruction and death. Essential to understanding the Warsaw of today.

The ticket is worth 25 PLN. On Mondays admission is free. On Tuesdays, it is closed. 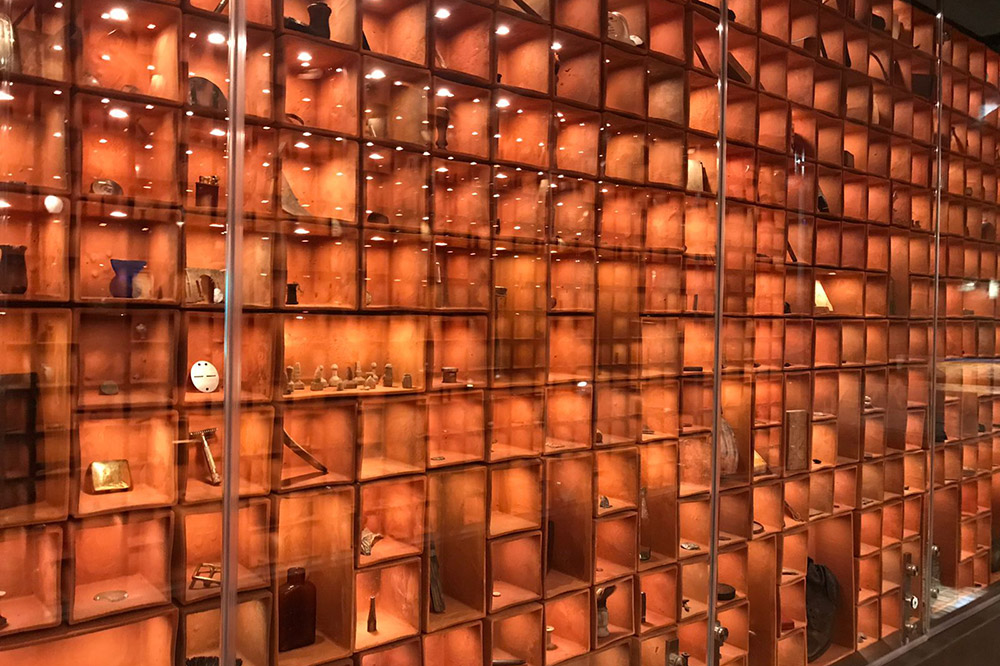 Number 4 on our list. It is not directly linked to the history of Warsaw. However, it tells about the very important episode of the Second World War. One of the most painful wounds of the Polish “collective soul”.

This is a series of mass murders of Polish army officers and other state officials, perpetrated by the Soviet secret police (NKVD).
Do you wonder why and how it happened?

The story of the Massacre

Before invading Poland Adolf Hitler signed a non-aggression pact with the Soviet Union. Nobody knew that an additional secret document was also approved, in which the two powers divided their zones of influence in this part of Europe. September 17, 1939, Soviet troops invaded eastern territories of Poland executing the letter of the Ribbentrop-Molotov pact.

Many high-ranking soldiers were taken prisoner by the Red Army. A year later, in the spring of 1940, approximately 22 thousand people were shot and buried in Katyn, Kharkov and Mednoye. What was the purpose? Exterminate the elite of the country and the most prepared people.

The museum is located in the Citadel part of Warsaw. The fortress was built in 1834 by order of Tsar Nicholas I. After the failed national insurgency of November 1830, the goal was to strengthen the control of the Russian Empire over Poland and its capital. This currently gives an extra symbolic dimension to the museum.

The exhibition is distributed on two floors. On the ground floor you can learn about the historical events that led to the Katyn genocide. Below you will see what happened next. The discovery of mass graves by German troops and the Red Cross exhumations. Then the mystifications undertaken by the Soviet Union to cover up their crime. It is a long story to weave lies, supported by Soviet propaganda and censorship. Hardly since the fall of communism could this massacre be talked about openly…

On the second floor of the museum, located in the basements, is really the most impressive part of the exhibition. Ali will surprise you about 30 thousand personal belongings found in mass graves during exhumations. Necklaces, rosaries, wedding rings, razors and many other objects constitute a horrifying and overwhelming testimony of the massacre.

A priestly uniform and vestments stand out – belonging to a brigadier general and a Catholic priest – all shot in the neck. Without respecting any conventions or international agreements…

Admission is free from Wednesday to Sunday. Monday and Tuesday it is closed. All the signs are written only in Polish, which makes it a bit difficult to visit. However, audio guides are available in English or French

5. The Museum of the Military Ordinariate 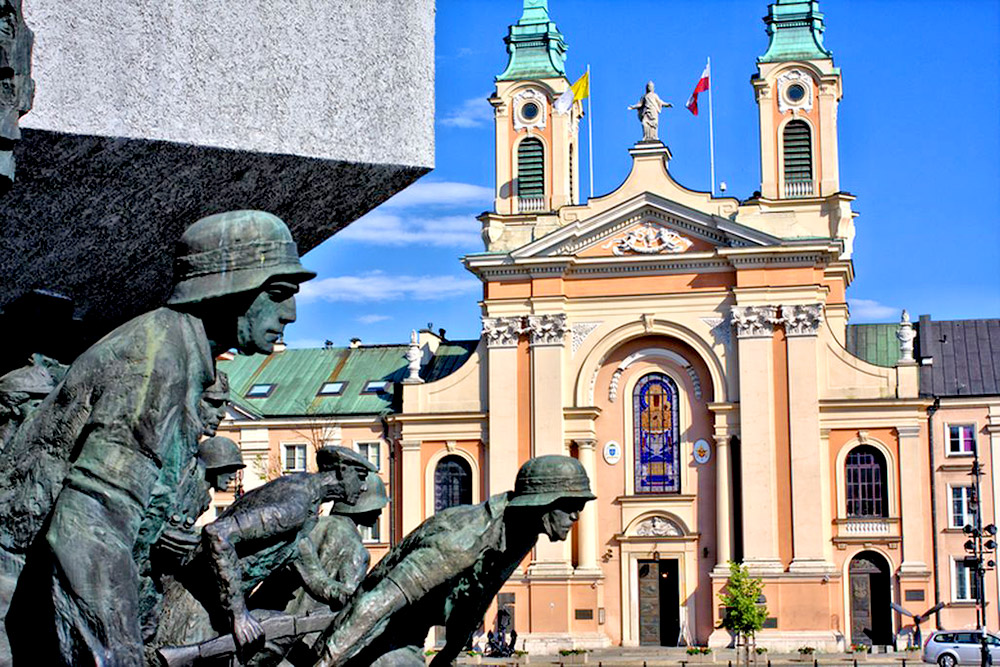 Our list closes a small emotional museum located in the basements of the Military Cathedral of the Polish Army. The exhibition presents the heritage of chaplains in the millenary history of our armed forces.

It is a small space, but very interesting, especially what concerns the part of the Second World War. Through various documents, decorations, uniforms and photographs, the presence of military chaplains is exposed, where it was the turn of the Polish troops to fight during the war.

The campaign altars stand out. Imagine celebrating a mass just before the battle? For soldiers, they were transcendent moments that helped them face death and find spiritual support.

At the end of the collection, a privileged space is given to the personal belongings of the chaplains who died in the Smolensk plane crash in April 2010. A very sad tragedy in the recent history of the country (if you would like to know more about this catastrophe, we recommend checking out our list of Polish movies)

Here ends our recommendations about the most emotional war-related museums in Warsaw. Maybe you dare to tour the city with us during our Free tour in English? It is always a present theme during our free tours, as it left an indelible mark on Warsaw and on the hearts of its inhabitants.