In this post, Best Polish films about WWII, we are dedicated to the best Polish films about the Second World War and Poland. Unavoidable topic when visiting Poland. In this list, we have also selected famous works, classics and some curious films as well. To enjoy the hand of the seventh art, this very important part of Polish history. 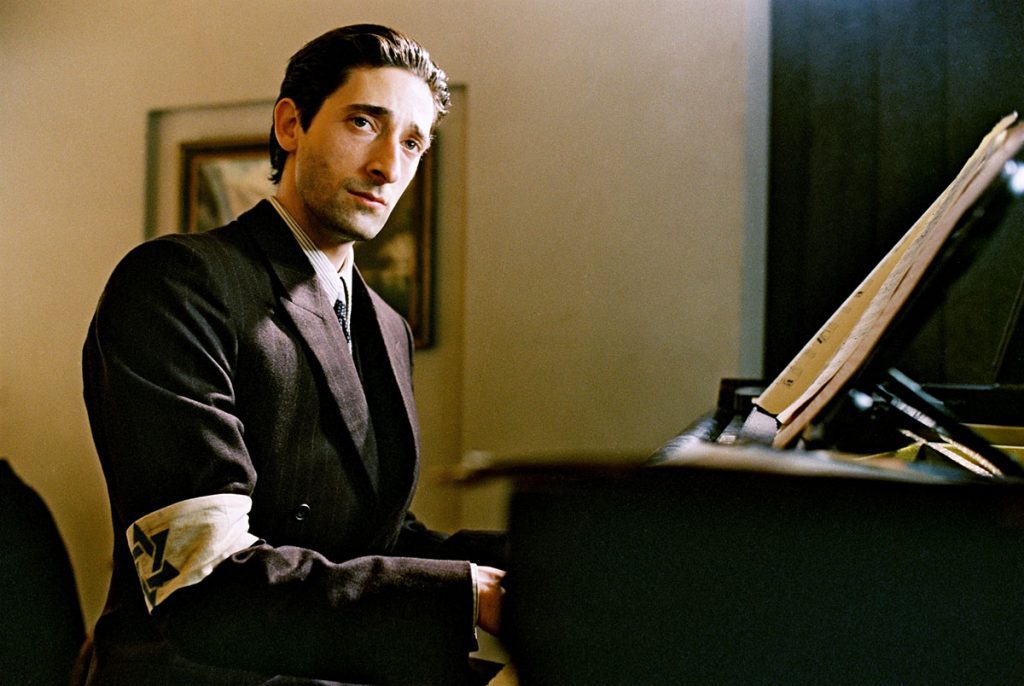 Number one on this list, of course, we find The Pianist, a famous work by director Roman Polański from 2002. Starring the excellent performance of Adrian Brody. This film tells the tragic story of Vładysław Szpilman, a renowned Polish pianist of Jewish descent. Together with his family, in Warsaw in the middle of the German occupation.
With an exquisite soundtrack and impeccable photography, this film is certainly part of our list of Best Polish Movies. 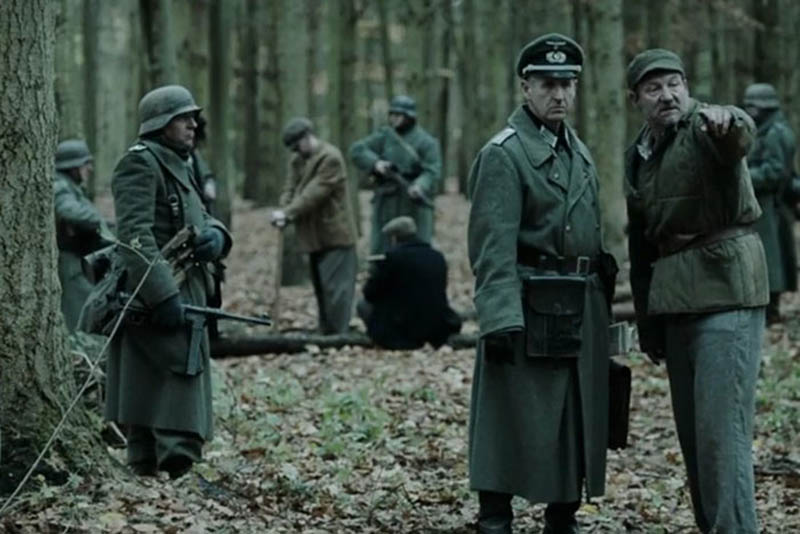 If you have done the tour of the Jewish Quarter in Wroclaw, surely you have heard about this film. Katyń, nominated for an Oscar for Best Foreign Film, tells the story of the mass execution of 18,000 Poles in the Katyń Forest (now Russia) in the spring of 1940 on the orders of Stalin. Undoubtedly, one of the deepest wounds that the Second World War has left on the Slavic people. Its director Andrzej Wajda, produces an exciting portrait. Through the wives and daughters of the victims of this massacre, we discover the hardships of this historical event.
The film is available on YouTube with English subtitles at the following link: KATYŃ (2007) 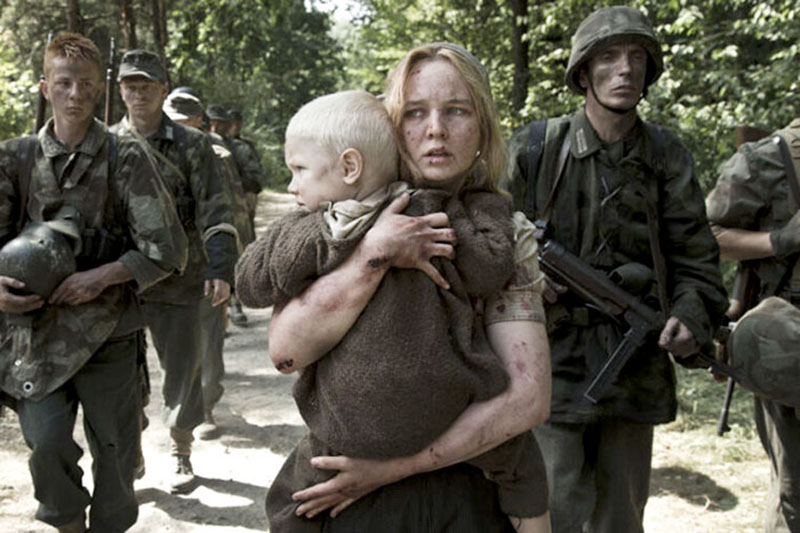 In third place we find Wołyń. A dramatic film directed by Wojciech Smarzowski. Its central theme is the Ukrainian anti-Polish hatred that culminates in the massacres of Poles in Wołyń (Volhynia). The events take place between 1939 and 1943 on the border that brings together Ukraine, Belarus and Poland. The script was based on the collection of short stories Hate (in Polish: Nienawiść) by Stanisław Srokowski. 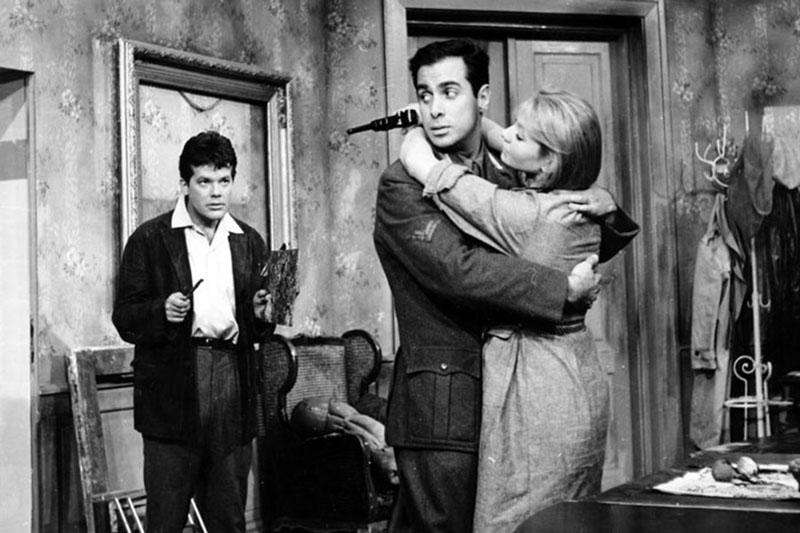 A curious film that we are going to recommend, is Giuseppe in Warsaw. Comedy from 1964, it narrates the adventures of Giuseppe Santucci, an Italian soldier who goes on vacation to the Eastern Front.
When his train is arriving in Poland, it is attacked by Germans, leaving him in the middle of nowhere. However, he manages to reach Warsaw. There he falls in love with Maria, a Polish girl, with whom he will find himself involved in more than one predicament. During the film, Giuseppe will try to learn Polish (hard not to identify with him) and Polish customs.
Curiously, several scenes of the film were shot in the Central Station of Wrocław.
The movie is available on YouTube at the following link: GIUSEPPE W WARSZAWIE 1964 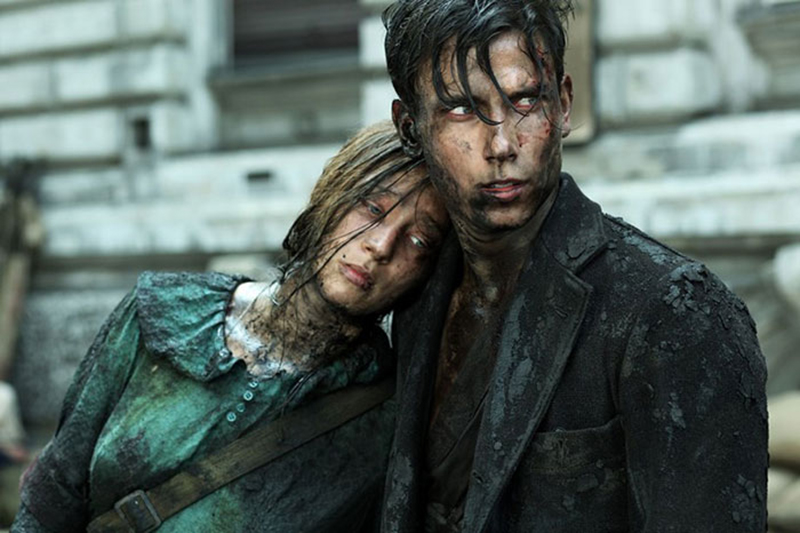 Miasto 44, recounts the events of the summer of 1944 during the Warsaw Uprising. The episode in which the Polish population decides to start a revolt against the German occupation of the capital. Excited with some Soviet help to defend the city, the Poles fight heroically. However, his forces will quickly be depleted, ending with the total destruction of Warsaw. Love, friendship and tragedy coexist in this film directed by Jan Komasa. 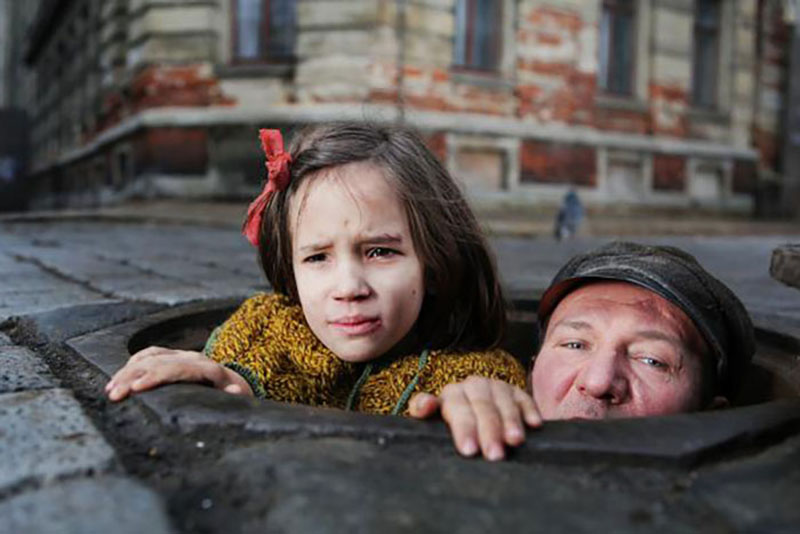 Continuing with the Best Polish films about WWII, we will of course mention In Darkness (W Ciemności). 2011 title, directed by Agnieszka Holland. It tells the story of Leopold Soha, who risks his life to save a group of people from certain death. For months, Leopold hides Jewish refugees from the German military authorities occupying the city of Lvov (Lviv). 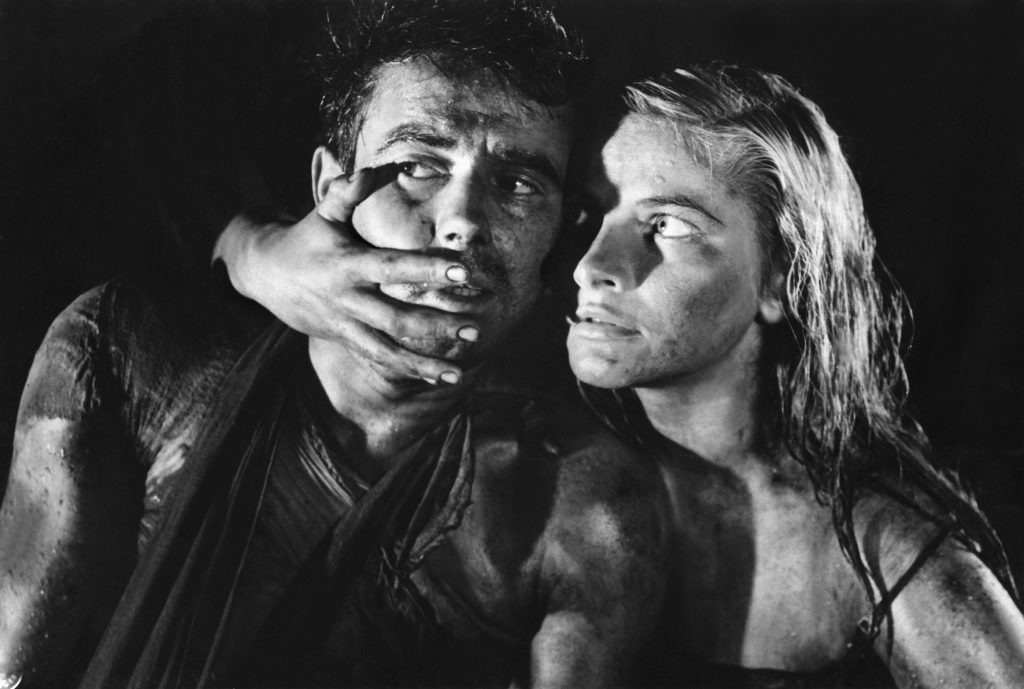 Kanał is a 1957 film directed by Andrzej Wajda. It was the first film made about the Warsaw Uprising of 1944. It tells the story of a company of resistance fighters of the National Army. Finally, after intense battles, they escaped the Nazi attack through the sewers of the city. Kanał is the second film in Wajda’s war trilogy. Preceded by Generation A and followed by Ashes and Diamonds. 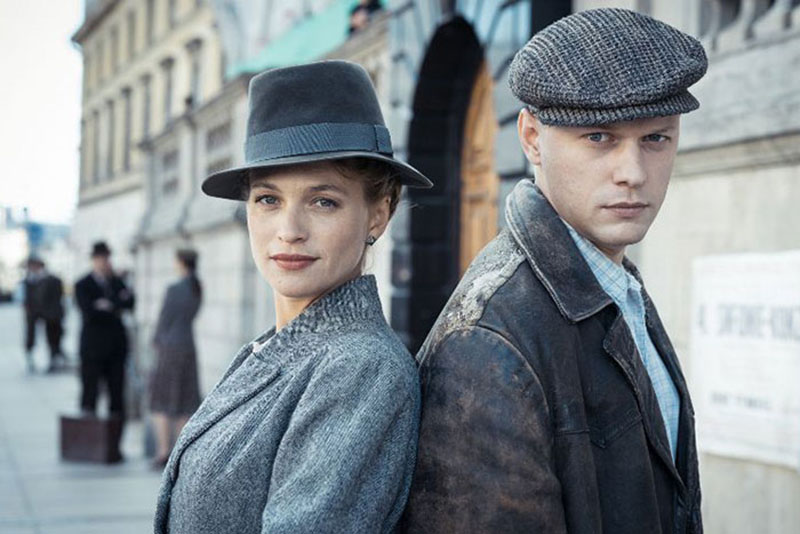 To finish this list of Best Polish films about WWII, we are going to mention the film Kurier (the messenger). The film is inspired by the true story of “Kurier z Warszawy”: Jan Nowak-Jeziorański. The action of the film spans several dozen days until the outbreak of the Warsaw Uprising. Jan was tasked with arriving in London to report on the situation in Warsaw. After meeting with British politicians he returns to Poland. With a vitally important order: stop the uprising.

Finally, we would like to know what you think of our selection of the best films about World War II. Is there a movie that we should include in the list? Write to us in the comments! Your messages also help other travellers discover more about this fascinating culture.