10 museums in Berlin you can visit for free

Home » Blog » 10 museums in Berlin you can visit for free

We have invited you to visit Berlin many times, we have given you recommendations of places to visit, where to eat and where to spend time, but of course a city that was the cradle of 20th century history has a series of museums, exhibitions, documentation centers and exhibitions from all walks of life and well beyond this century. 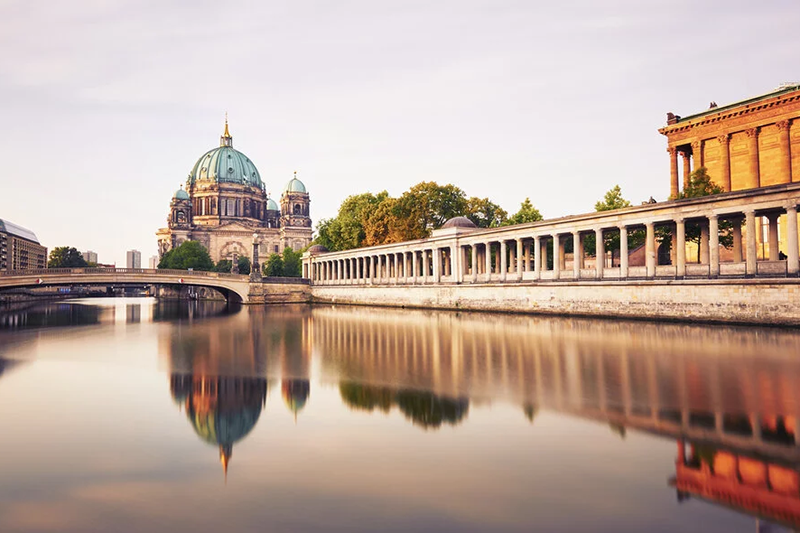 The Island of Museums has been declared a UNESCO heritage site and just touring it is an architectural experience. You can visit the Alte Nationalgalerie and the Altes Museum, the Neues Museum, the Bode Museum and the Pergamon Museum every day, except Monday when they are closed, buying tickets from €12, except for the Altes and the Bode from €10. This option is absolutely essential to visit in Berlin, for us a must, but we brought you to this post for free options, so here are our two ways:
– With the Berlin WelcomeCard your tickets are free.
– Since July 2021 the state of Berlin has started the Museum project
Tag, in which on the first Sunday of each month you can visit these and 60 other sites of interest completely free of charge. You can get tickets in advance at https://www.museumssonntag.berlin/de or by arriving early the same day (from 10:00 a.m. and securing your time slot). 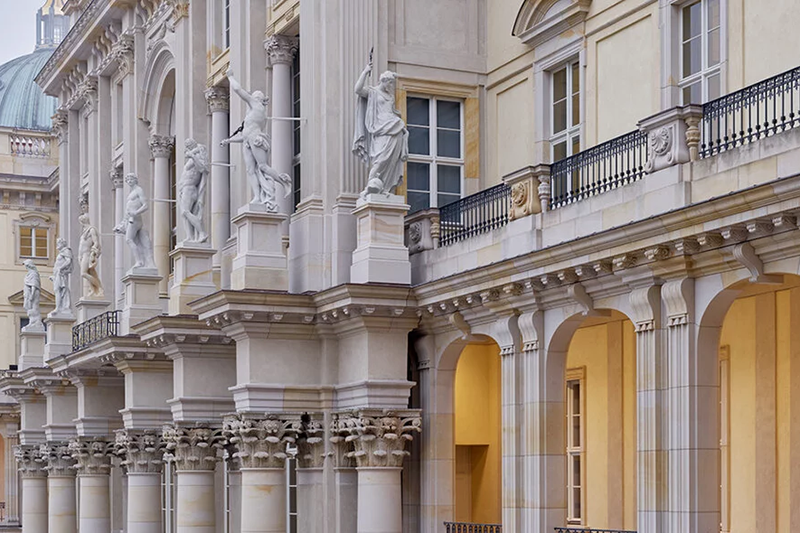 On the other side of Museums Island, you can visit the recently inaugurated and open Humboldt Forum, a historical reconstruction of the old baroque royal palace of the Hohenzollern (17th century) that harmonizes its construction with the Palace of the Republic built by the Democratic Republic German (the GDR in the 1970s). Today, the Humboldt Laboratory houses the exhibition “Beyond Nature” (Nach der Natur), as well as the Ethnological Museum and the Museum of Asian Art and the Catacombs of the Forum (Schlosskeller),
all these places with completely free visits and you can get your tickets on the web https://www.humboldtforum.org/de/ or directly in the central hall.
We also recommend you go up to the Terrace of the Forum, where you can have one of the best views of the city, obviously, its entrance is completely free and it is obtained in the same way on the web or in person. 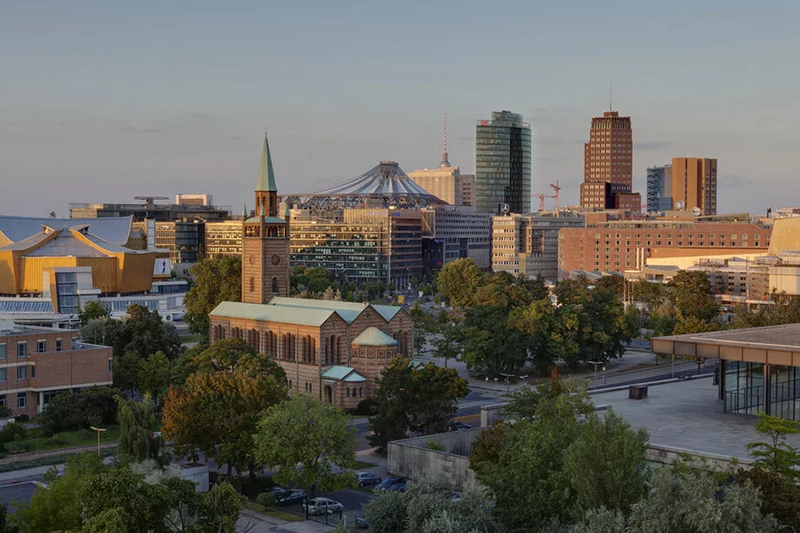 Together with the Museum Island, it represents the second largest museum space in Berlin (what was West Berlin). There we can find the famous Neue Nationalgalerie (New National Gallery), Gemäldegalerie (Pinacoteca) and the Kunstgewerbemuseum (Museum of Decorative Arts) purchasing their tickets from €12, but! They are also part of the Museum Tag program so you can visit them for free every first Sunday of the month by reserving your tickets on the aforementioned website or by going directly to each of these museums and you can also use the Berlin WelcomeCard.
This is one of our best recommendations, because unlike the museums on the Island of Museums, it is not so crowded with people and will allow you to better appreciate all the exhibitions. 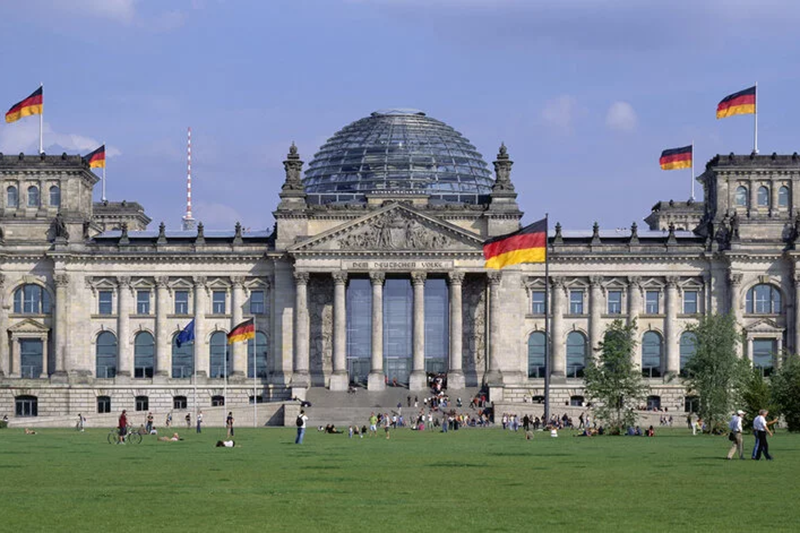 A few meters from the Brandenburg Gate you can visit the Reichstag, the German parliament building (Bundestag) built during the early days of the German Empire (1871). Have you heard of Otto von Bismarck? He was the first elected representative
by the Bundestag (the 400-member parliament at the time) as prime minister-president (head of state), but unfortunately did not occupy this site, since its construction was only commissioned in 1884 by King William II (last German emperor), who is said to have disapproved of the construction of the dome that crowned the building.

Of course, this building was severely damaged in 1933 when it was the victim of an arson attack, as reported by the Nazi regime led by Hitler, and later at the end of World War II, during the Battle of Berlin in April 1945, it was scene of bloody fighting and was seriously damaged, so its current design ended in 1998, after German Reunification and, since then, it has become one of the city’s biggest tourist attractions, since we can visit its famous dome 34 meters high. The best? Tickets to go up to its dome are completely free! We recommend you obtain them well in advance on the following website: https://visite.bundestag.de/BAPWeb/pages/createBookingRequest/viewBasicInformation.jsf

5. Memorial to the Jews Murdered in Europe in the Holocaust and Jewish Museum 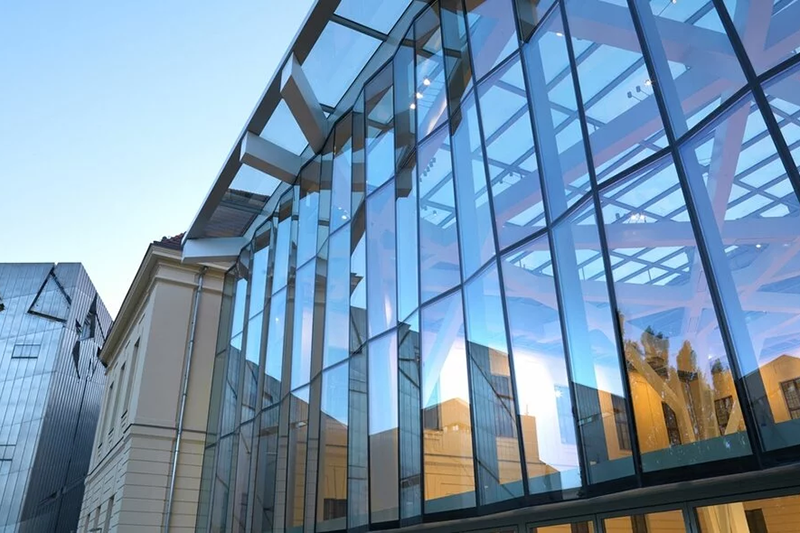 Speaking of the Reichstag, since 2006 a few meters from it, we can find the Monument to the Jews Murdered in Europe in the Holocaust (Shoah), a project by the New York architect (son of Polish immigrants) Peter Eisenman in more than 19,000 square meters with 2,711 concrete columns of different heights, to be able to walk on an undulating surface that makes the monument be perceived differently depending on the location of each visitor. What is the design idea? The architect has not explained it and has left the visitor to have a unique and intimate experience to interpret what he is seeing. The entire monument and the documentation center located in the basement can be visited for free.

And if you want to know a little more about the history of the Jewish community in Berlin, you should visit the Jewish Museum of Berlin located in the Mitte-Kreuzberg district, where Jewish-German history is spread in this city, a history that is even related to the
foundation of Berlin in 1237. The architecture of the building is impressive and, above all, the Holocaust Tower stands out. You can get tickets directly or on the Museum website: https://shop.jmberlin.de/tickets/

On August 13, 1961, the Berlin Wall was built in just one night, a wall located on the border of the Soviet zone (German Democratic Republic: GDR) from the American zone (German Federal Republic: FRG) of Berlin and divided the city to his
fall in 1989.

Today you can visit the East Side Gallery, a 1.3-kilometer piece of wall that is still standing and in which artists moved by the feeling of hope after the fall of the wall gathered to leave their paintings. Surely you’re wondering if this is the site of the famous painting “Brother’s Kiss”? Yes, this is a must-see spot for selfies in the city, where the famous royal moment shared by the socialist leaders Brezhnev and Honecker and painted by the muralist Dmitri Vrúbel is portrayed. It is of course one of the most recognized sites in the city and the largest open-air art gallery in the world.

On the other hand, we find the Berlin Wall memorial in the Bernauer Straße area, a few steps from Mauer Park (a must-see for markets on Sundays), which since 2009 has reconstructed the three phases that presented at different times in history the construction of this Wall, it is also a place where we can appreciate how the surveillance and control process was carried out on this border. The  documentation center is a must see that shows us the history of people who crossed and their results. The visit is completely free.

In the middle of Mitte (or Center) of the city, we find the famous border point “Checkpoint Charlie” that separated the Soviet zone from the American: it was the third checkpoint (that’s why Charlie: Alpha, Beta, Charlie… in the radio alphabet English language) established
by the allied bloc for immigration control at the time.

Today it is a super famous place, where you can take pictures and you can also visit the documentation center next to it, where you will recognize the history of spectacular escapes, the so-called “Berlin Tank Crisis” (a confrontation on October 27, 1961, in the midst of the Cold War, between the Soviet and American blocs, in which, paradoxically, the powers made reciprocal demands for a ceasefire and demilitarization in the “Free City”) and the visits of important American and Soviet politicians at the time.

Another important part of history is given by the mysteries and secrets of espionage based in this place. This documentation center is completely free and is one of our favorites in the area. 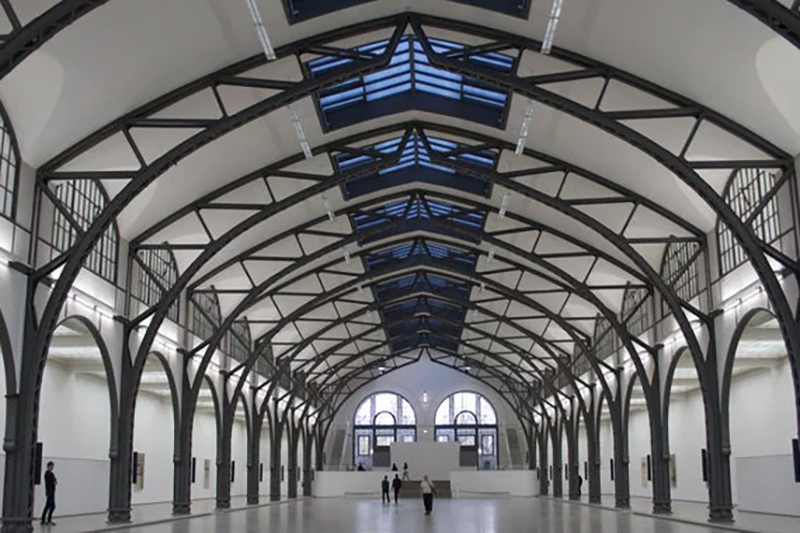 Very close to the Berlin Central Station (Hbf). Contemporary art museum in the old station between the city of Berlin and Hamburg. The core of the Marx Collection consists of works by artists such as Andy Warhol, Cy Twombly, Robert Rauschenberg, Roy
Lichtenstein, Anselm Kiefer, and Joseph Beuys. In addition, more than 450 Beuys drawings and nearly 60 Warhol sheets are among the holdings. It is a tremendously contemporary and pop museum and hence its architectural style with great heights, extensions
Modern with geometric floor plans and open ceilings that offer ideal conditions for the presentation of modern art.
Admission is free on Thursdays from 4:00 p.m. to 8:00 p.m., and of course also on the first Sunday of the month. 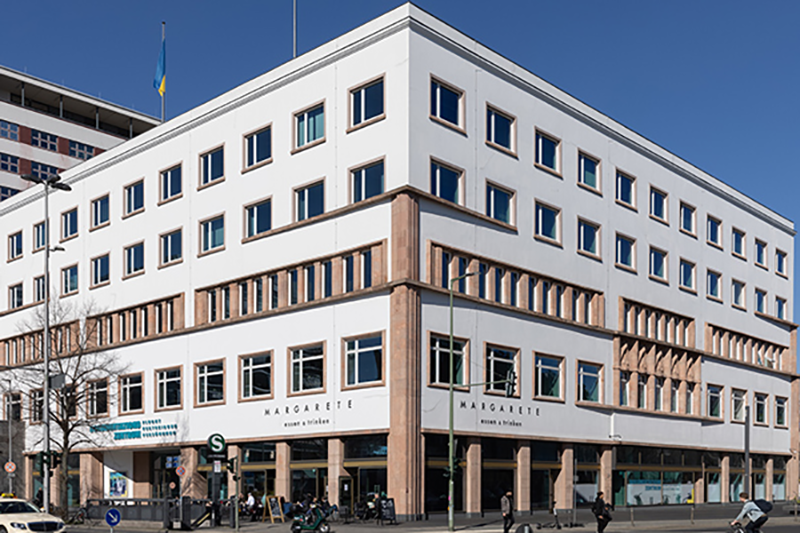 It is a center that documents the expulsion, flight, displacement, and forced migration of Germans in times of National Socialism. This exhibition tries to make us understand what loss means and how wars and armed conflicts are major causes of flight and expulsion of large groups of people belonging to minorities. It also shows from a broad perspective how expulsions are also used by governments as a state means of resolving ethnic and religious conflicts.
It has just opened on June 23, 2021, and for this time you can visit it for free by pre-booking your tickets at https://www.flucht-vertreibung-versoehnung.de/de/home 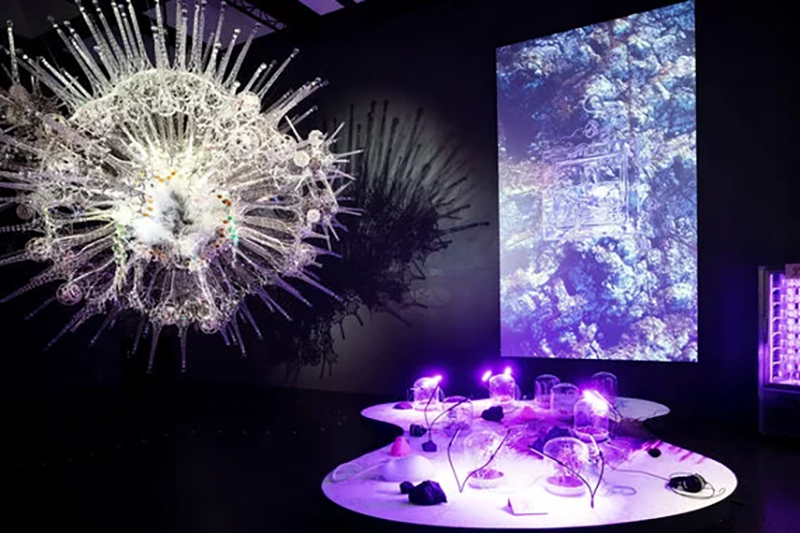 What will be technologically possible in the near future? In this museum we can get a view of how the city of tomorrow can be, how we would like to live and work in the future, the technology that we will use and how we want to live together in community, thus establishing links between nature, man and technology. In a city like Berlin, where the climate crisis is constantly being fought for, this museum, open during the year 2020, is essential to visit and recognize our projection towards the future.
You can visit it for free by reserving your tickets in advance at https://futurium.de

As you can see Berlin is a city full of stories told through its museums and documentation center, free options are given and all these places are waiting for you. So just let yourself be fascinated because you are very invited.