A difficult past? German films about World War II

Have you ever wondered how the Germans present World War II in their cinematography? As you can imagine it is not an easy task, confronting the past from the perspective of the perpetrators. However, it is a very important and still very current issue in the various aspects of the political and social life of the country. For this reason, in this post we are going to present our selection of the 6 best German films about World War II.

A topic that seems essential to us when travelling to Germany. But beware! We do not recommend it for very sensitive people, who do not tolerate the violence of drastic scenes. With that said, let’s get started! 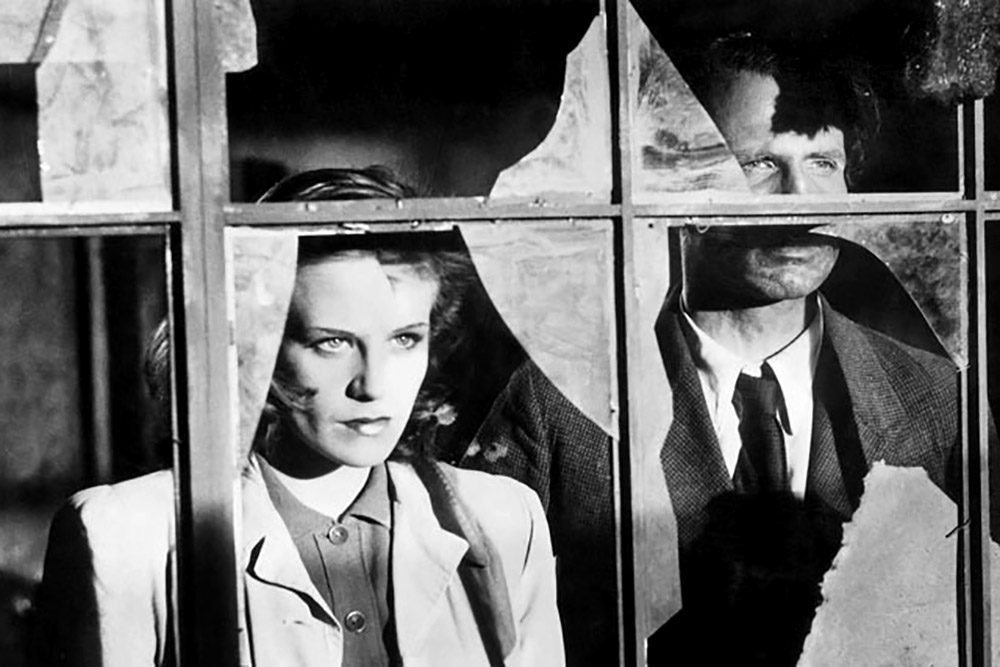 A very interesting film recorded just a year after the Second World War. It belongs to the category called Trümmerfilm in German, which would be “the rubble film” in Spanish. Characteristic of these productions was the use of ruined and destroyed environments showing the harsh and depressing life of survivors traumatized by war.

We moved to Berlin after his capitulation. In a multi-family building lives the surgeon Dr. Hans Mertens (Ernst Wilhelm Borcher), a German veteran. The man suffers from the traumatic memories of the war, seeking remedies for his problems in alcohol.

The artist Susanne Wallner (Hildegard Knef), a former concentration camp inmate, returns to the same floor he occupies. She had lived there prior to her incarceration. A feeling begins to develop between the two.

By chance Dr. Martens finds out that the captain of his troop, who had given him up for dead, is still alive. This is going to awaken the worst demons of the past in occupied Poland. The surgeon will have to choose between the desire to love and face the crimes committed during the war.

It is a classic of the Trümmerfilm genre. It was an attempt to encompass the difficult question of guilt and remorse among the Nazi perpetrators. Also, it’s a very atmospheric, black-and-white film made in the Soviet-occupied part of the Babelsberg studios in Potsdam (see our article on films made in Potsdam). To close, it should be noted that for the director himself Wolfgang Staudte it was an act of atonement for his past. During the Nazi dictatorship, he had been involved in the production of the infamous anti-Semitic propaganda film “The Jew Süß”.

You can watch it here with English subtitles 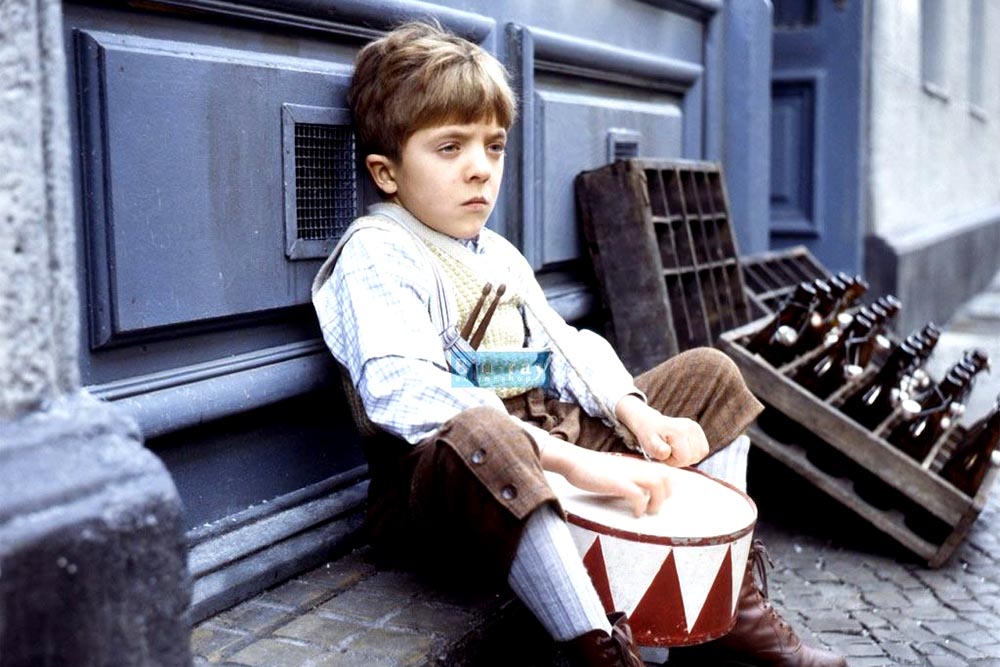 Number two on our list is a highly renowned film by Volker Schlöndorff based on the book of the same title by Günter Grass – nobel prize laureate in literature. The work was awarded several international prizes, including the Palme d’Or at the Cannes Festival (1979 shared) and the Oscar for best foreign film in 1979.

The tin drum, full of parables and symbolism, has a certain degree of “magical realism”. We moved to the Free City of Danzig (today Gdansk in Poland). In the family of Polish-German roots (or Kashubian – German to be more exact) born the little Oskar Matzerath. In the third year of his life he consciously decides not to grow up. The indispensable requirement of him is the tin drum. The Oscar also has other powers – among them an excruciating scream that breaks windows, cups and glass.

It is an excellent work to find out about the complex ethnic-political relations on the Baltic Sea coast. It tells about the rise to power of the National Socialist party, the war and subsequent expulsion of the German population from these territories. An essential film also for those who want to visit the pearl of the Baltic. We mentioned it during our free tour of the historic center of Gdansk. 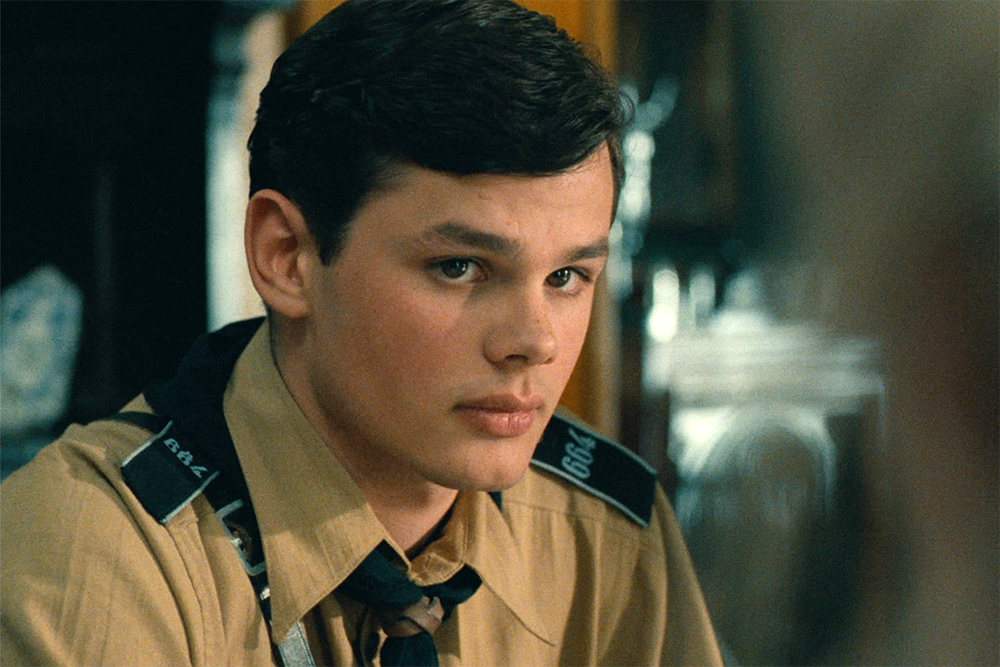 Number three on our list is a moving story, inspired by true events. It is based on Solomon Perel’s 1989 autobiography and was directed by Polish director Agnieszka Holland. What is the plot about?

It tells the story of a young Jew who manages to escape Nazi extermination by posing as a German. The script is so surreal that it might seem like excellent fiction, if it weren’t true. It is an in-depth study of the time, the persecution of the Jews during the Night of Broken Glass, the invasion of Poland by the Nazis and Soviets, and several other important episodes of the war. The most shocking scenes are when the young Solomon Perel alias Josef “Jupp” Peters (Marco Hofschneider) enters the prestigious school of the Hitler Youth. Can you imagine the immense fear of a Jew entering the lion’s den…?

You can watch it here with English subtitles or Portuguese Number four on our list is Wolfgang Petersen’s 1981 film The Submariner. An unmissable position for those who want to enjoy a 100% war genre. The script is based on the novel by Lothar-Günther Buchheim who lived first-hand the experience of serving on a German submarine as a Wehrmacht correspondent.

Although there is a shortened version, we decided on the full version of more than 3 hours. Sounds like a lot right? But believe us, the limited space, good shots and the psychological relationships between the protagonists make your time fly. Naval engagements keep you in permanent suspense, as the submarine hunting allied convoys frequently becomes the prey. The extremely amazing ending, which will make you clearly understand that this is not a Hollywood movie. 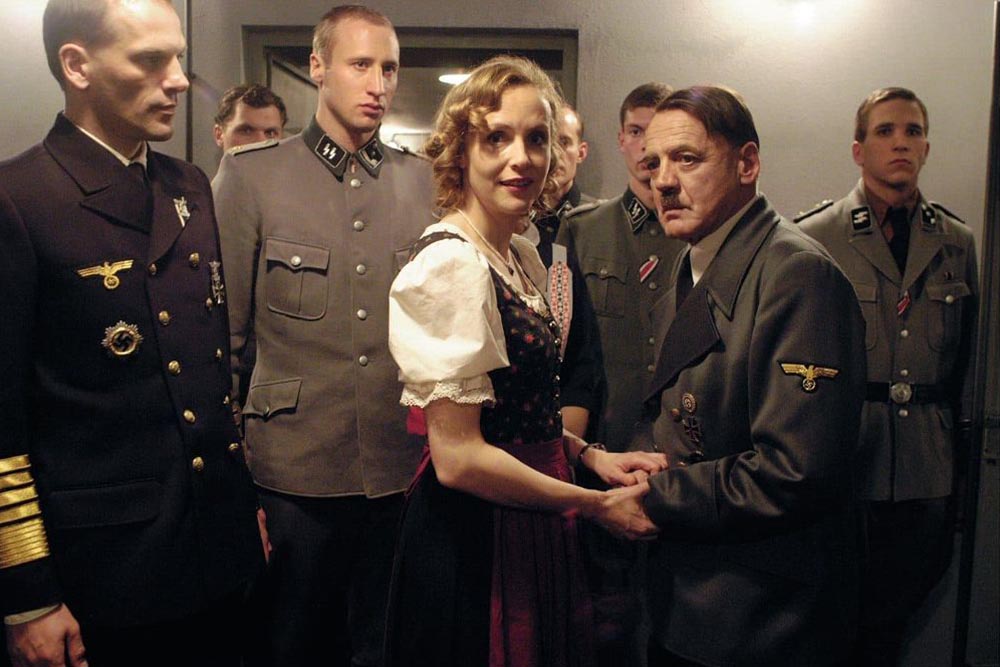 Number five on our list of best German films about World War II  is of course The Fall. It is a story told from the perspective of Traudl Hump (Alexandra Lara) – the Führer’s personal secretary. During her work in the bunker she witnessed the dramatic moments of the collapse of the Third Reich and her main creator-Adolf Hitler.

From classes at school we know what the end of this story will be. But the advantage of the film is another. Thanks to an excellent role by Swiss actor Bruno Ganz, who plays the German warlord, we get an overwhelming idea of ​​the death throes of Nazism – full of mindless fanaticism and destruction. An impressive and very moving work. Recommended more than anything to those who plan to travel to the German capital. We will show you some of the scenarios such as Hitler’s old bunker during our free tour of the historic center of Berlin. 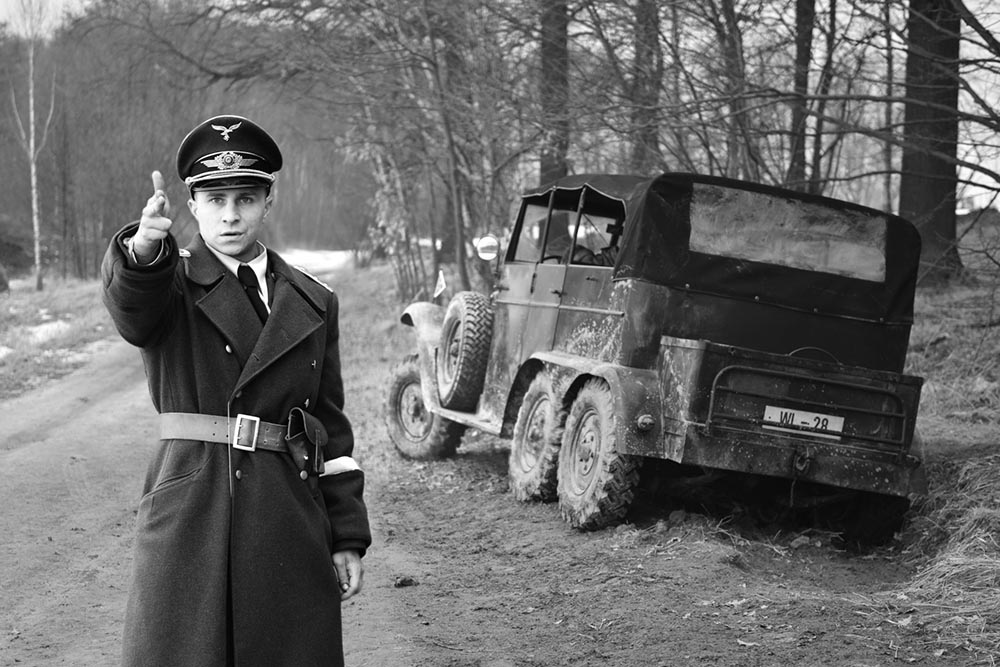 Our recommendations of the best German films about World War II close with Robert Schwentke’s film entitled “The Captain”. It is the strongest and most drastic work on our list. The plot will leave you speechless, not so much because of the extensive degree of brutality, but because of the fact that it is based on a true story. What contributes to the depressing and dark atmosphere is the black and white with many night scenes.

We transport ourselves to the last moments of World War II on the Western Front. A hungry young soldier (Max Hubacher) finds the uniform of a Nazi captain with various decorations. Since then he is going to pretend to be an important officer Willy Herold sent on a special mission by Adolf Hitler himself. What happens next is difficult to explain with words. A depressing study of the horrific National Socialist political system and the human condition depraved by the war years. Highly recommended.

Finally, we would like to know what you think of our selection of the best films about the Germany of the Third Reich. Are there any movies that we should include in the list? Write us in the comments! Your messages also help other travelers to discover more about this important part of German history.