Best films about communist Germany and the Cold War

Best films about communist Germany and the Cold War

Do you want to know more about the division of Germany?

In this article we recommend 5 best films about communist Germany. After the defeat of the Third Reich in 1945, its territory was divided by the Allied powers.

The eastern part under the care of the Soviet Union was transformed in 1949 into the German Democratic Republic (GDR). While the quality of life was diversifying between the capitalist and communist sides, the red authorities had to take the necessary measures. In the year 1961, the Berlin Wall was built – the most visible symbol of the cold war.

In this article we recommend 5 best films that will allow you to learn about the different aspects of life under the communist regime. An essential topic when travelling to Germany but in particular to the provinces of the former GDR. If you then plan a visit to Berlin, Potsdam, Leipzig or Dresden you can enjoy our list. This will help you better understand this very important part of German history. 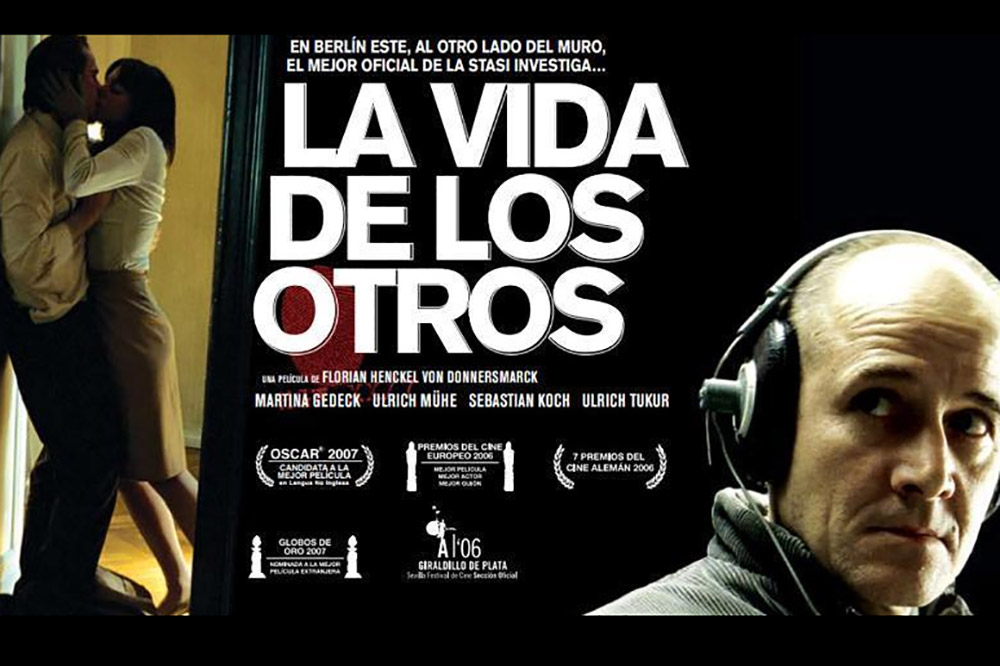 Our list of course opens the film The Lives of Others by Florian Henckel von Donnersmarck. Berlin, the year 1984. The devoted Stasi political intelligence officer Gerd Wiesler (excellent role of Ulrich Mühe) is in charge of a surveillance operation of an artist couple: playwright Georg Dreyman (Sebastian Koch) and actress Christa-Maria Sieland (Martina Gedeck). Close observation of other people’s lives awaken new feelings in the cold agent. This will make you doubt your vocation. The complexity of characters, questionable moral choices of the protagonists and an excellent study of Stasi espionage techniques make this film leave you shocked by the sad reality of the GDR.

The film is available on Netflix 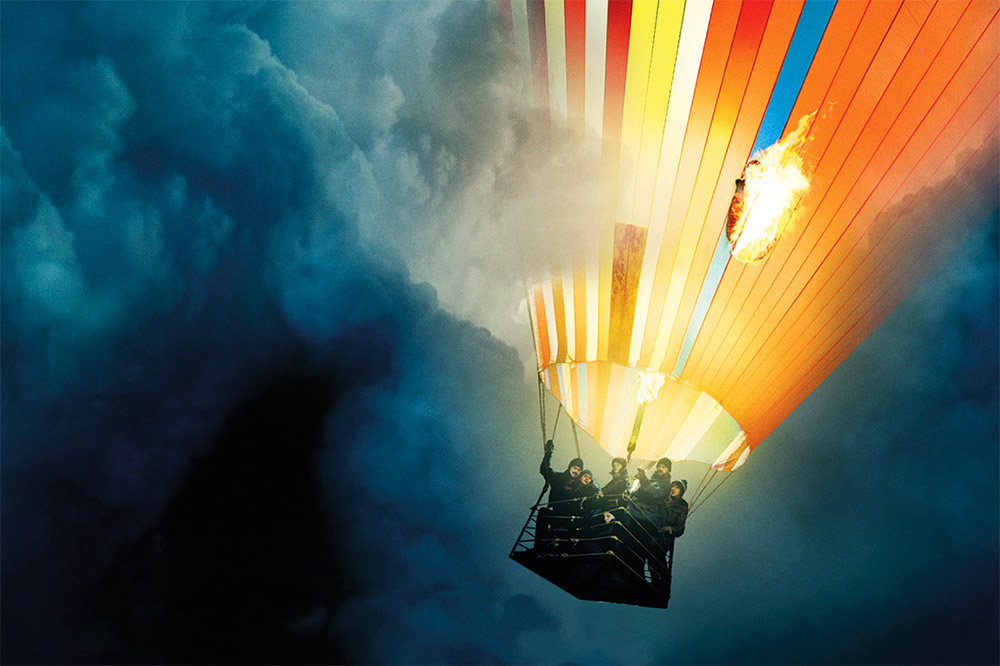 An incredible story of enormous effort and determination to escape from East Germany. The year 1979, the father of the Strelzyk family, a blacksmith Peter (Friedrich Mücke) and his wife Doris (Karoline Schuch) decide to seek the best life on the other side of the Iron Curtain. For their escape they will use a homemade hot air balloon. They will try to cross the border, which at that time was the best guarded in the world. Between the search for freedom and the oppression of the GDR regime, an exciting story is created that will leave you in suspense until the last minute. Highly recommended.

An excellent comedy from 2003, which contributes a lot to the theme of the fall of the Berlin Wall. The work tries to take a more critical position of the German reunification and all the cultural changes that it entailed.

The mother of the young Alexander Kerner (Daniel Brühl), Christiane Kerner (Katrin Sass) is a convinced communist who sees her son participating in a demonstration against the leader of the GDR, Erich Honecker. This causes a heart attack. She goes into a coma, which does not allow her to wake up for 8 months. In this period all the political changes take place: the fall of the Wall and a gradual end of the GDR. When she regains consciousness of herself, to protect her mother’s health, her son recreates the typical communist scenery around her. Thus, through typical manufactured products or news, nostalgia for the old regime is expressed. A critical reflection of Western consumer culture. An essential work.

You can watch this film here 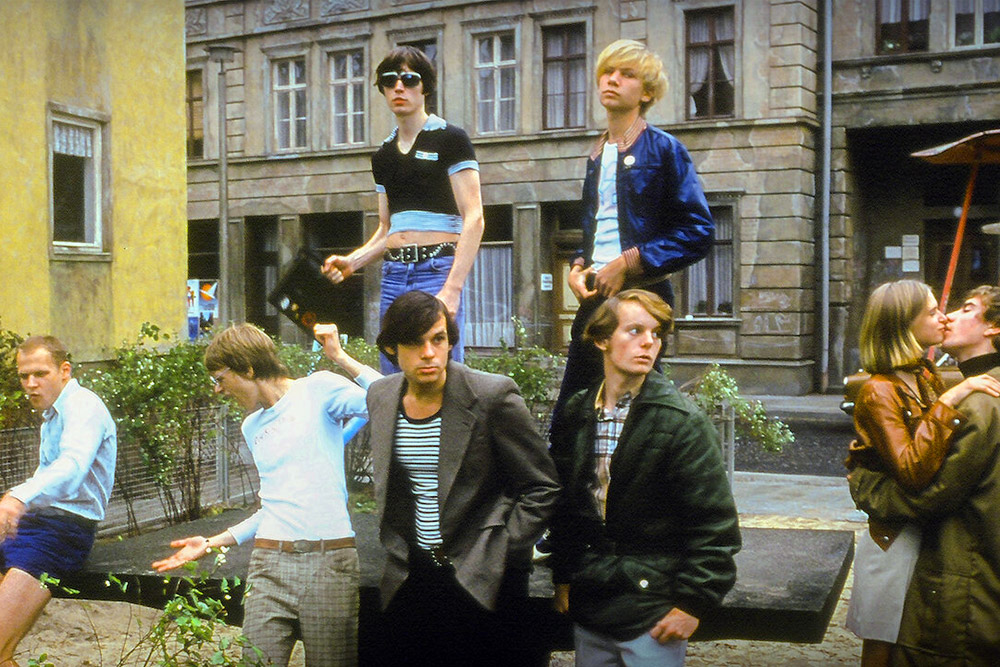 A curious film that we are going to recommend is Sonnenalle. Leander Haußmann’s 1999 comedy tells of the group of teenagers on the Berlin streets justly divided by the Wall. In a funny and “dancing” way the boy Michael “Micha” Ehrenreich (Alexander Scheer) is telling the viewer about the problems and challenges during puberty in the GDR of the ’70s. With humour and sarcasm, the criticism of the regime is conveyed. But he also makes fun of the West Germans’ superior attitude towards their communist neighbours – the Ossis. 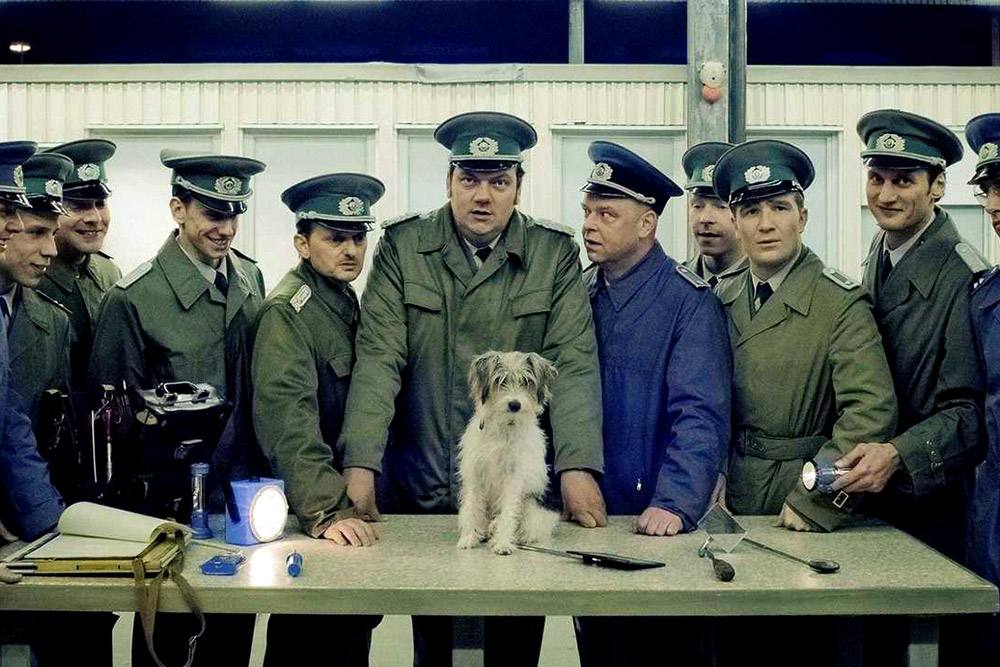 To finish this list of the best films about communist Germany, we are going to mention the film Bornholmer Street. It is a comic look at the fall of the Berlin Wall in November 1989. Based on real events, it tells the consequences of the mistake made by a communist party official Schabowski. During the press conference, he wrongly announced that all foreign travel laws had been repealed, effective immediately. The film’s action spans several hours at the border checkpoint during these historic moments. It is not a movie that will leave you speechless. However, told from the point of view of the GDR border guards it shows very well their mentality and sense of duty in the last hours of the Wall’s existence.

Summary: The best films about the GDR

Finally, we would like to know what you think of our selection of the best films about communist Germany. Are there any movies that we should include in the list? Write us in the comments! Your messages also help other travellers to discover more about this important part of German history.

PrevPreviousTop 5 museums you must visit in Potsdam
NextWhat to see in the gardens and palaces of Sanssouci?Next